No products in the cart.

This chocolate pudding mousse recipe is absolutely delicious. You can layer it in desserts, use it as whip cream pudding frosting or eat it on its own… It’s creamy and oh so good! 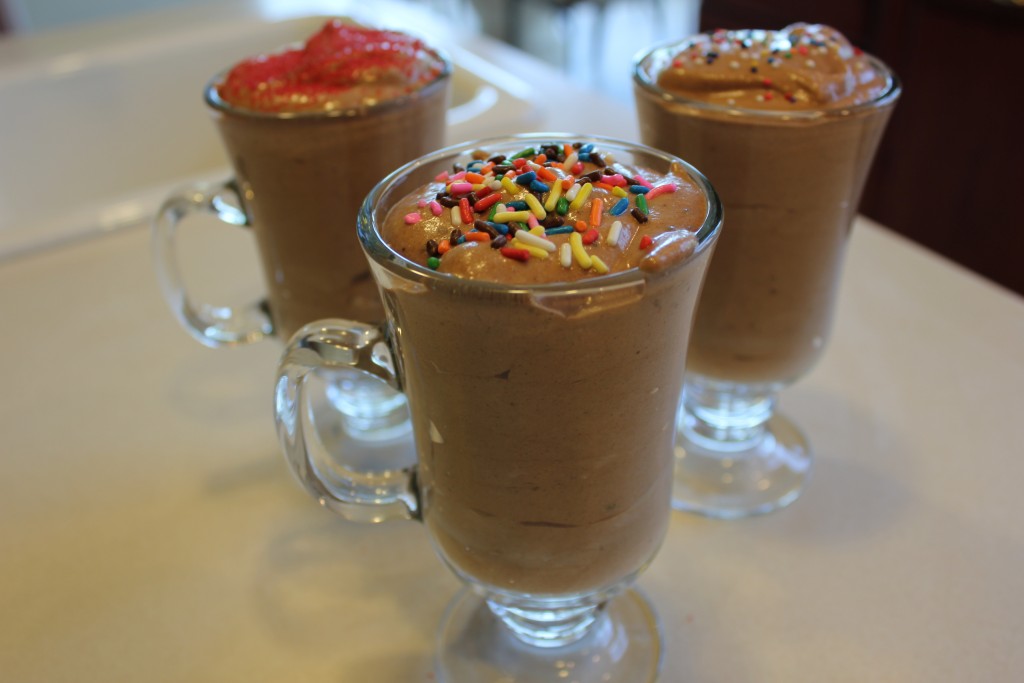 This is a classic with a twist!


The idea for the recipe comes from the cookbook my grandmother used for many things. From dinners, to appetizers, breakfasts, desserts… you name it! My mother uses the book and now I do too. It’s Betty Crocker’s Cookbook 2nd Edition. 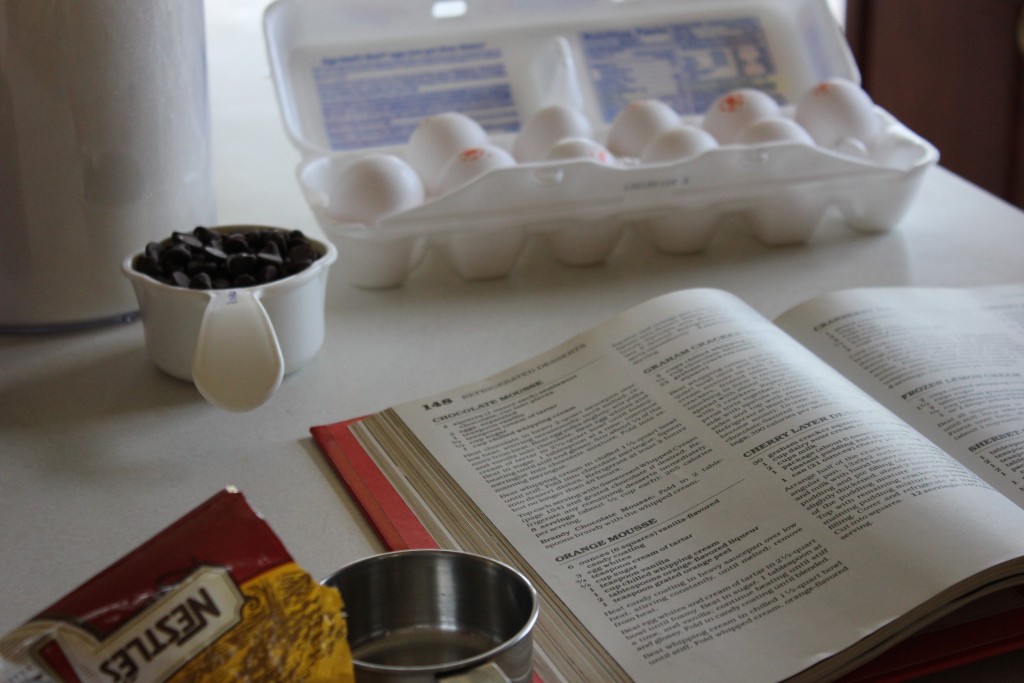 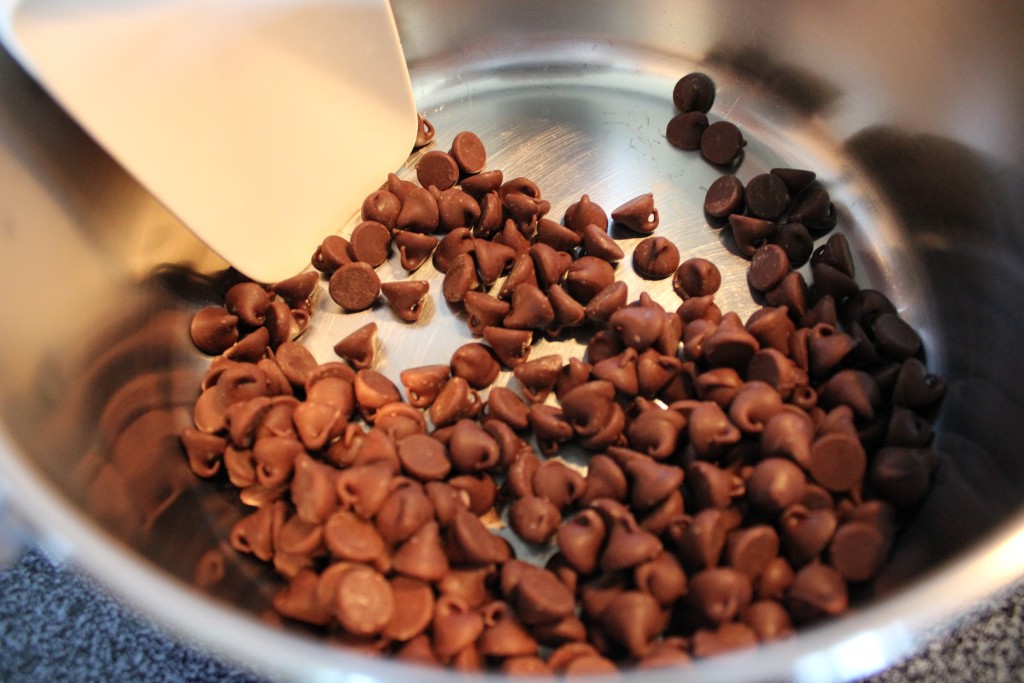 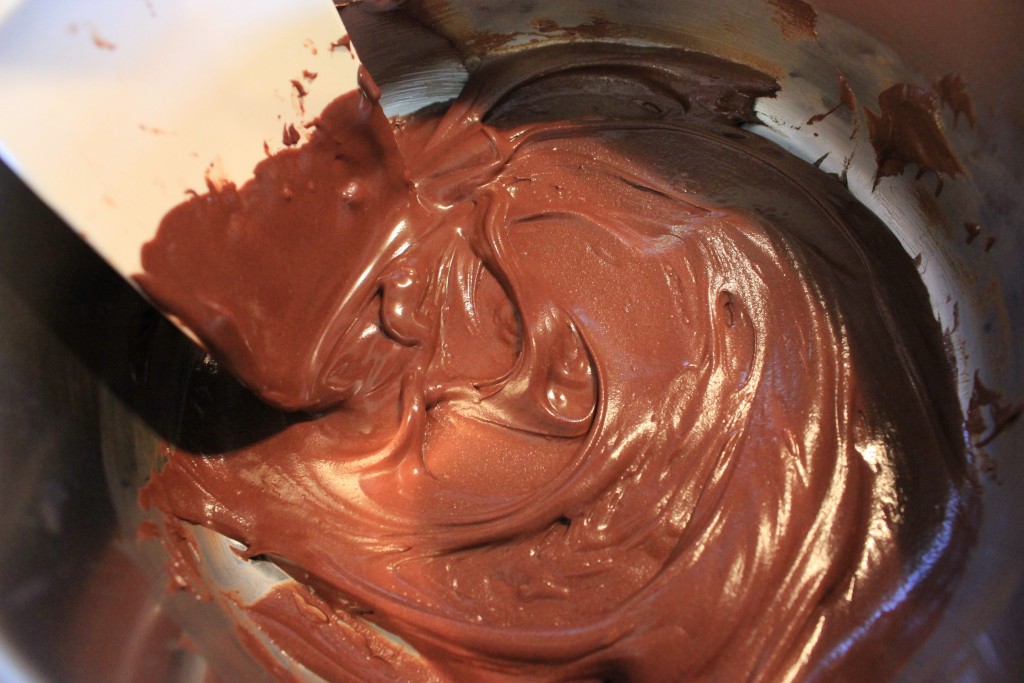 Then beat the egg yolks. 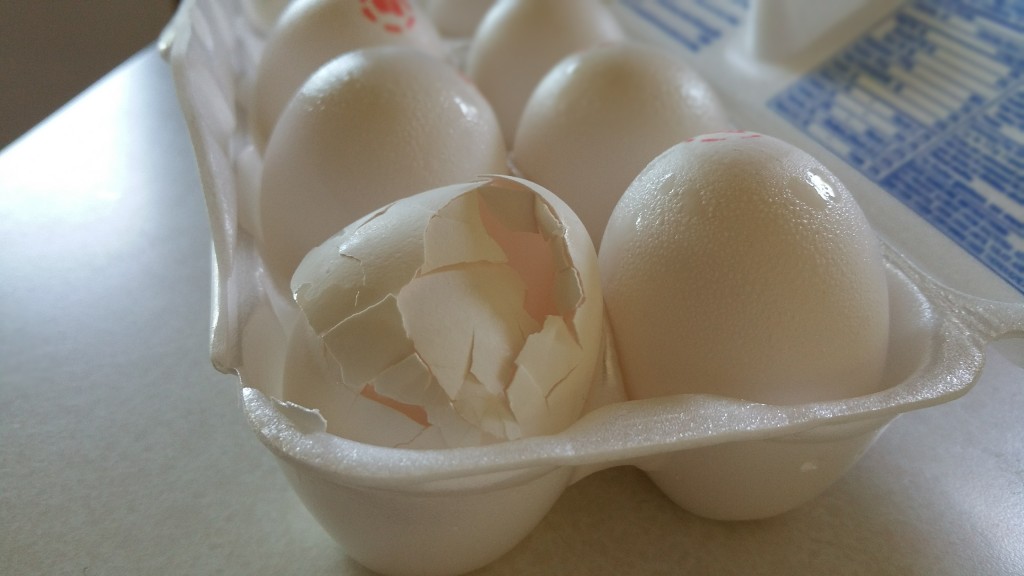 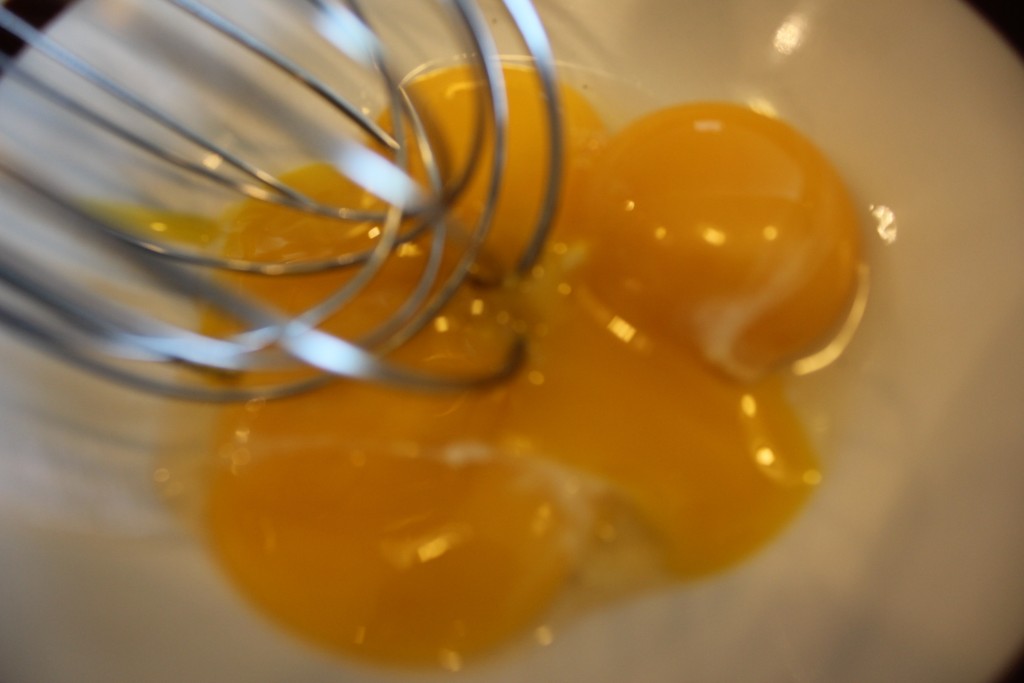 Stir in yolks and vanilla into chocolate

Then beat egg whites and cream of tartar until foamy 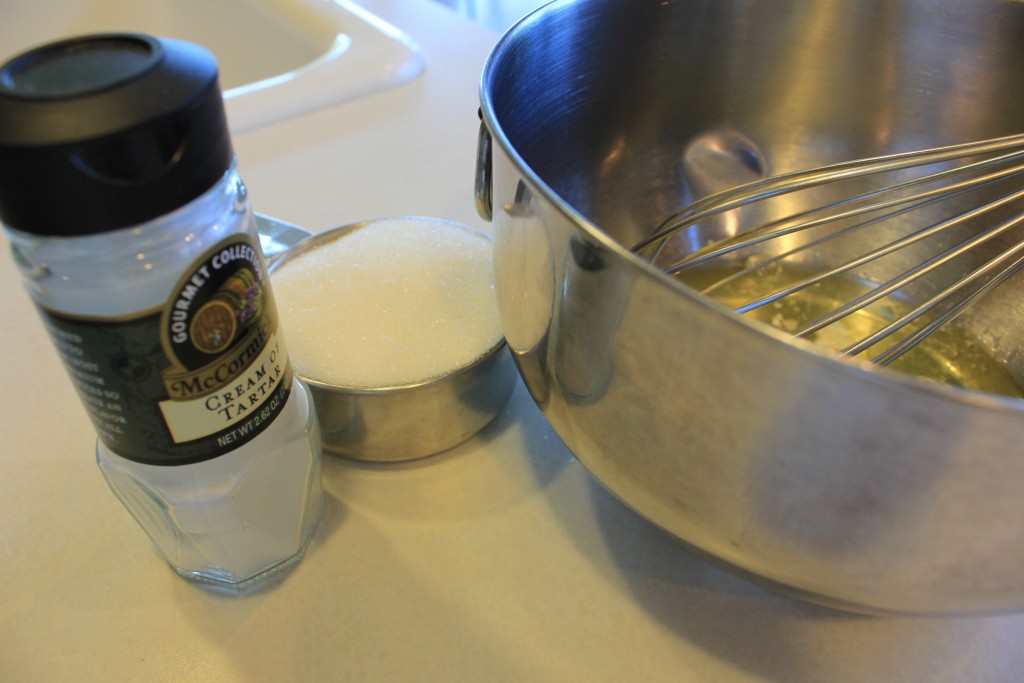 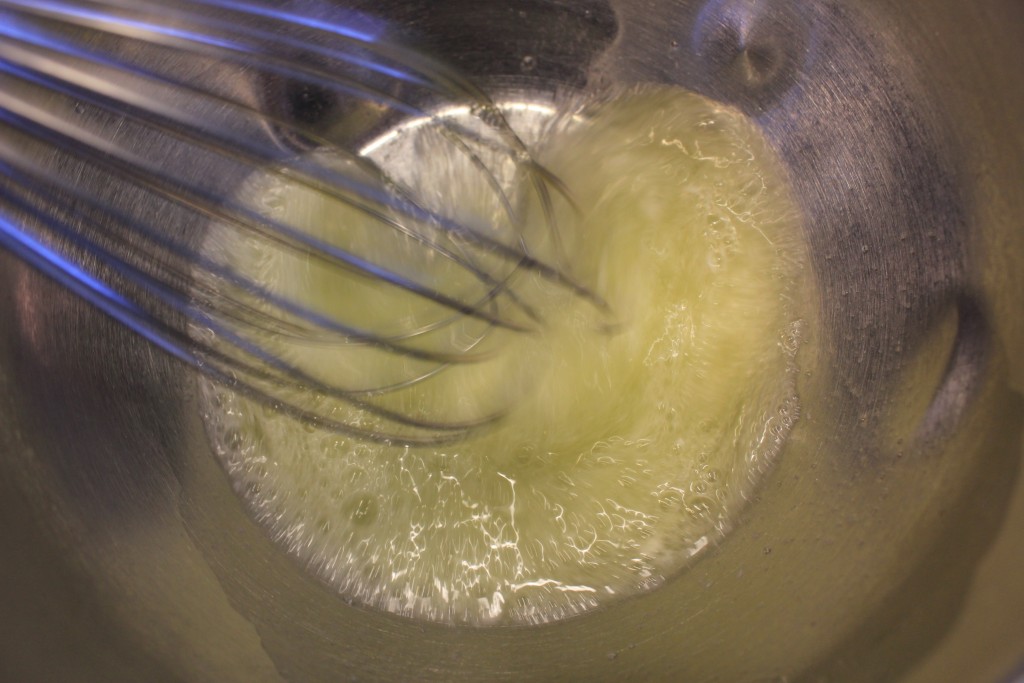 Beat in sugar & continue beating until stiff and glossy. 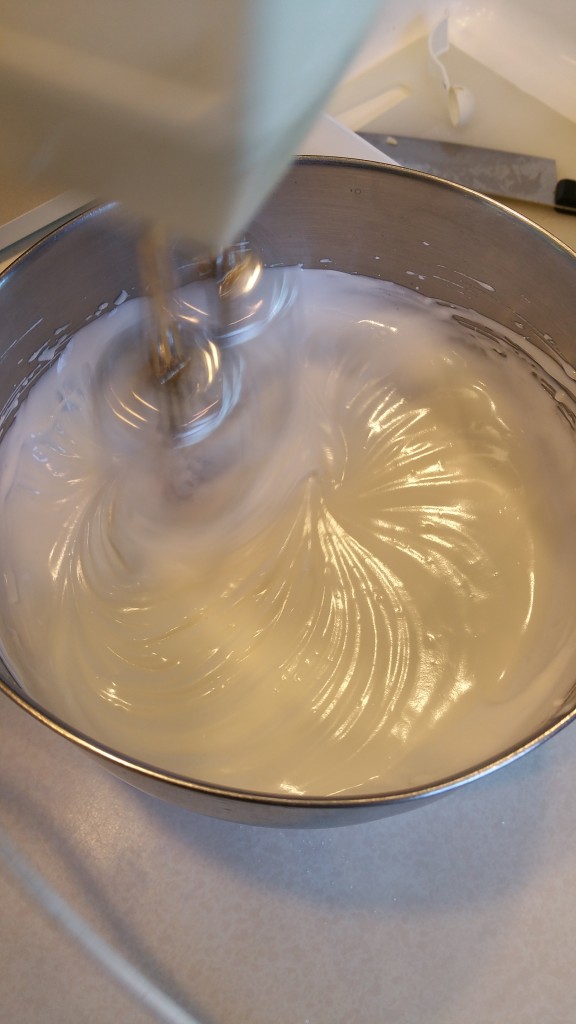 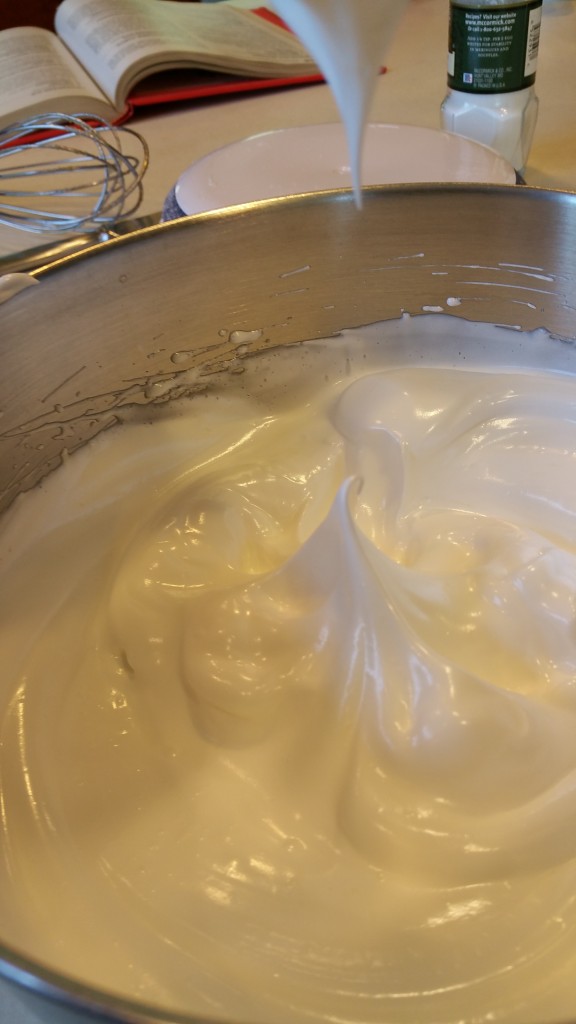 Stir in some of the meringue into chocolate mixture. Then fold into remaining meringue. 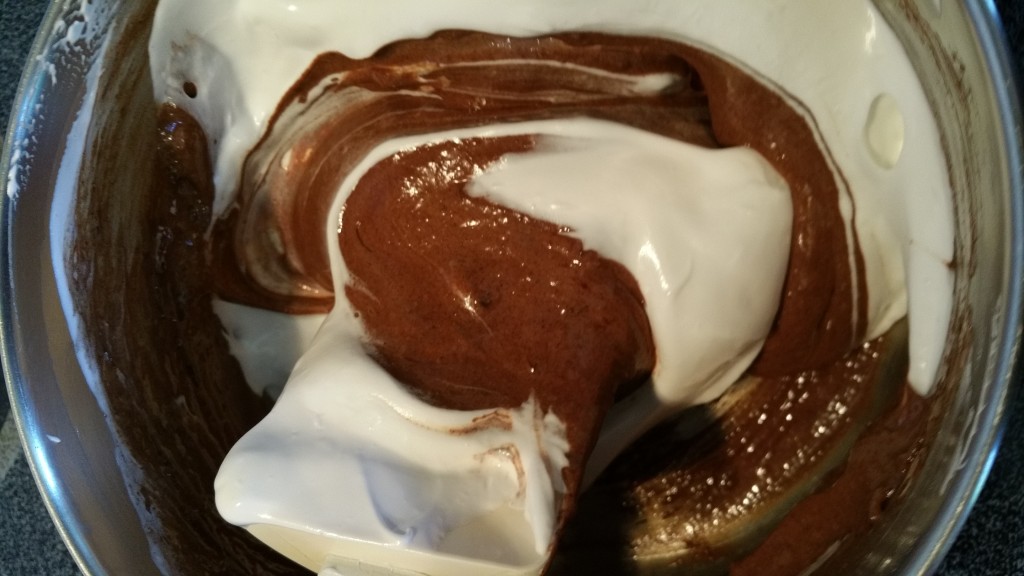 Here is where the twist comes in! Instead of hand beating the whipping cream we will prepare it using one of our Whip-eez whipped cream whippers. It adds volume, texture and makes it that much better! 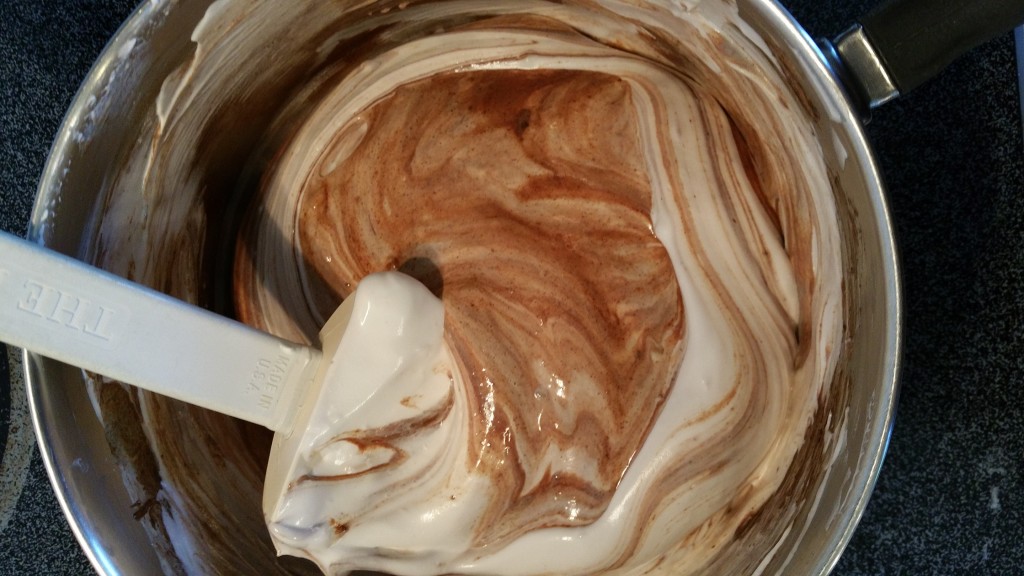 Make sure to check out Whip-eez for other great whipped cream canister recipes, tips & products! 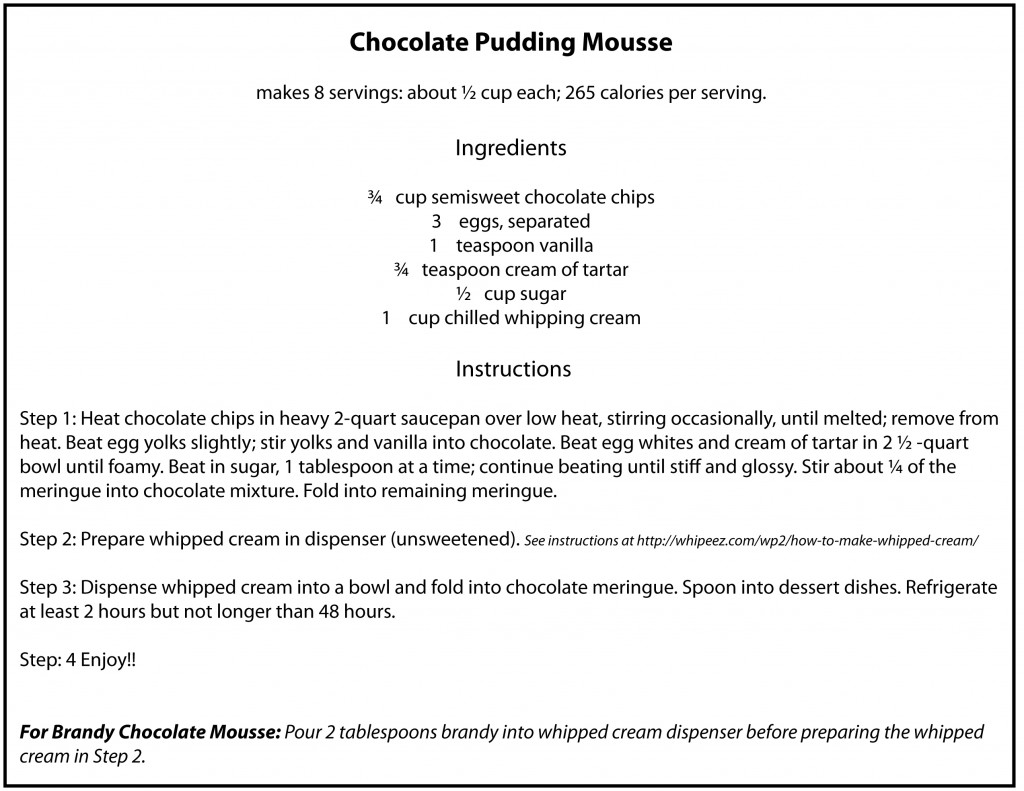